Conquer the Caribbean on your very own sailing adventure.

Whilst many flock to the tropical Caribbean archipelago for the sun, sea, and sand, others flock there for the sailing. With often clear skies, lush turquoise water, fair trade winds, and exhilarating sailing routes, it’s the perfect place for regattas.

Boat racing first became a popular pastime across Europe and the USA after the turn of the 20th century, but by the 1940s it had made its way to the Caribbean where the winds were more consistent. Today, the tropical archipelago is at the heart of the boat racing community. From Antigua to St. Barths, a full calendar of prestigious regattas is held throughout the year.

Whether you’re a seasoned yachtsman ready to win your next race, an eager beginner who’s keen to test the waters of boat racing, or simply an enthusiast ready to cheer your team from the safety of the harbour, this article will help you find a race with your name on it. Read on to find out all about the seven best regattas in the Caribbean right now.

As one of the longest-running regattas in the Caribbean, Barbados Sailing Week has become one of the most highly anticipated events in the season. What’s more, it’s often the first sailing event of the year. And of course, it kicks it off with a bang. The seven-day event sees several days of coastal racing before the ultimate race around the island of Barbados. The prize for the winner of this historic race is possibly the best of all regatta prizes: the skipper’s weight in Mount Gay rum. The atmosphere of Round Barbados Sailing Week is a reflection of the island itself: lively, high-spirited, and festive. So between the nail-biting races throughout the week, expect plenty of rum-fueled parties and possibly a few hangover days on the beach.

If you think Barbados knows how to show you a good time, just wait until you get to Grenada. Grenada Sailing Week is all about yacht racing during the day, but as soon as those boats are moored it’s time to swap the life jacket for a party shirt and dancy the night away with fellow racers and supporters. After a week of sailing and socialising, expect to leave the island with a library of exciting stories and a network of new friends. Although it has only been running since 2012, Grenada Sailing Week is one of the most up-and-coming regattas in the Caribbean thanks to its animated atmosphere. It is also more inclusive than some of the longer established regattas.

The St. Maarten Heineken Regatta is a highly anticipated event for the Caribbean’s seasoned sailors. As it is sponsored by Heineken, nothing is done by halves at this event, making it one of the biggest and best on the regatta calendar. As many as 284 boats have competed in St Maarten’s regatta in the past with competitors including Olympians and world champions. However, the race is open to anyone who thinks they have what it takes. Across four days, the regatta holds both windward-leeward and coastal races for different experience levels and different boat types, allowing it to be as serious as you want it to be. Of course, this regatta doesn’t do parties by halves either: expect live performances from international artists.

Attracting some of the most sensational superyachts in the sea, St. Barth’s Bucket is considered one of the Caribbean’s most ravishing regattas. The prize for the winner of this formidable race, however, is quite literally a bucket. When the regatta’s first race was held just over 40 years ago by a group of superyacht owners in Nantucket, it was purely for the camaraderie and not the prize. Therefore, the group felt a spare bucket they found nearby would be sufficient winnings for the yacht that came in the first place. Valuing tradition and community spirit, the winner has received the bucket every year since. Don’t be fooled though, everything else about the regatta, just like the island itself is refined and luxurious.

If you are thinking of visiting the Caribbean, but can’t decide which island to see, why not sail around all of them in the Royal Ocean Racing Club Caribbean 600? Starting and finishing in Antigua, this 600-mile off-shore regatta navigates Montserrat, Guadeloupe, St Kitts and Nevis, St. Barths, and Anguilla to name a few. Of course, this high-profile regatta is only for the serious sailors who want a real challenge, but don’t let that stop you from getting involved in this exciting event. Stay shoreside to meet sailing enthusiasts from around the world and get involved in their cool evening dinners and parties.

Having been held annually since 1967, Antigua Sailing Week is one of the most favoured regattas on the Caribbean’s event calendar. Known throughout the world, it attracts over 5000 participants and spectators from a long list of different nationalities. The week-long event holds five races, including the English Harbour race, and hosts a full schedule of fun festivities. After a nail-biting trade-whirlwind week of racing along the coast’s turquoise waters, attendees look forward to the legendary Lay-Day Beach Party. The all-day affair is all about dinghy racing, tug-o-war, barbeques, and beers on the beach.

The BVI Spring Regatta kicks off the spring with a multitude of races and events for all ages, interests, and abilities. Whether one-design, bareboat, and performance cruising yachts float your boat, this regatta holds the race for you. The week kicks off with three days of coastal sailing followed by the Maritime Heritage Day which celebrates the nautical roots of the British Virgin Islands. This is followed by the nerve-wracking 3-day and highly competitive Spring Regatta itself. While the BVI Spring Regatta and Sailing Festival is reputed for its sensational sailing circuits, it is about so much more than racing. throughout the week, attendees enjoy the Regatta Village, a festival filled with food, drink, music, dancing, and celebration.

How will you conquer the Caribbean?

Although there are so many regattas held across the Caribbean each year, every single one of them has a unique reason to take part. There are those rich in history and tradition. Those with notoriously difficult circuits that attract the most competitive of sailors. Those that welcome everybody regardless of sailing abilities. And those that simply host really good parties. Whatever type of regatta puts the wind in your sails, you can be sure that the experience will be unforgettable. So what are you waiting for? Raise your anchor, hoist your mainsail and experience the coolest part of the Caribbean.

If you can’t decide on a destination, check out our island guides for in depth info about each of the archipelago’s unique islands. 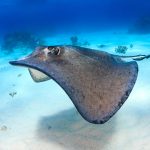