If you’re planning a vacation on Grand Cayman, then a tour to Stingray City needs to be on your wish list. It’s one of the Cayman Islands’ most visited destinations. Southern Atlantic stingrays congregate in large numbers in the shallow waters of this offshore sandbar. Everywhere you look in the turquoise water, these beautiful creatures glide gracefully between and around the boats. Several operators run excursions, so it’s easy to fix up a tour – here’s what you need to know.

Stingray City is located in the North Sound (the bit that looks like a big bite has been taken out of the island’s north coast). You reach it by boat in about 15 to 20 minutes. The vessel moors in the shallows enabling travelers to get into the water and up close to these fabulous creatures. The water’s only a few feet deep, so you don’t need to be able to dive or even snorkel. So long as you can stand up, you’ll be OK. Tours are typically a few hours long but you can also combine Stingray City with snorkeling in other parts of Grand Cayman and make this a longer excursion.

The prevalence of stingrays in this part of the Caribbean can be attributed to the fishermen that have anchored here over the years. As they dumped their spare conch and squid, the stingrays soon learnt that this was a great place for a feed and became regular visitors. As a result of these frequent encounters over the years, the stingrays are remarkably accustomed to the presence of humans and will swim close to your legs.

Acclaimed underwater photographer Geri Murphy coined the name Stingray City, placing this fascinating place in the international spotlight for the first time. Tours really took off in the 1980s and since then visitors have delighted in the sight of so many stingrays congregating close by. Most visitors prefer to get into the water – wading and swimming with stingrays is a bucket list activity for many people. It’s warm, of course, especially between May and August when the temperature’s steady at about 29°C. That makes it a very pleasant experience.

It’s usual to feed the stingrays and your tour operator will have plenty of squid on board for that purpose. Guides will also tell their passengers a bit about stingrays, such as how the males are actually smaller than the females, that male stingrays have two penises and how typically the female will give birth to around ten offspring at a time. You’ll learn a lot about the habits and lifestyle of stingrays but with a great guide, it’s a lot of fun too.

Tell me more: what should I know about stingrays?

Stingrays are marine creatures that have flat bodies and long thin tails. They have eyes on the top of their bodies and mouths on the bottom. If you’re wondering how they see where their food is, they don’t use sight. Instead, they rely on sense and smell to figure it out. They don’t usually boast bright coloring as they prefer to blend in with the seabed. Those that appear grey are younger, while the mature adults are a brownish-green. Whatever their age – a stingray’s life expectancy can be more than 15 years – the underside of a southern stingray is a creamy white.

Generally speaking they prefer to hang out in warm water, so you’re most likely to encounter them in the Tropics. The stingray family comprises a number of different species – the Southern Atlantic is one of the whiptail group of stingrays. You’ll commonly spot eagle rays in the Caribbean and North Atlantic. Bat rays have pointed wings that reach spans of up to 6 feet across. They live in the eastern Pacific Ocean. Other types include butterfly rays, deepwater stingrays and six-gill rays. Electric rays stun their prey instead of using a defensive barb, sending up to 200 volts into their unfortunate enemy. Manta rays are larger, some growing to as much as 30 feet long.

But aren’t they dangerous?

In short, no, not really. The tragic death of Australian conservationist and wildlife expert Steve Irwin in 2006 shocked the world. The event led some to believe that stingrays are inherently dangerous creatures. In fact, that’s not true. According to the dive experts at PADI, only 17 stingray attack fatalities have ever been recorded, far fewer than, say, the number of people killed each year by cows or bees. So statistically, you’re unlikely to meet an untimely end as a result of swimming, diving or wading near one of these docile, gentle creatures.

In general, they are territorial, curious and fearless. Stingrays use their barb for self-defence, for instance if they are targeted by a shark or some other predator. So long as the stingray doesn’t feel threatened, you’re pretty safe. However, if you do step on one accidentally, you’d need to seek medical attention, so always take care.

If you are nervous about being in the water, the good news is that you don’t have to miss out. Seek out a glass bottomed boat and watch from there.

How do I make sure I don’t unwittingly upset a stingray?

There are a number of steps you can take to make sure you don’t cause alarm. If you are on foot, as you could be at Stingray City, it’s recommended to shuffle your feet. Slide them gently across the bottom. The stingray will sense your approach and swim away. Likewise, if you are snorkeling or diving, give the stingray plenty of space. Ideally leave at least ten feet between you and them. It should go without saying, that as wild creatures you shouldn’t make any physical contact with the stingrays. Look, grab a selfie if you like, but don’t touch.

Grand Cayman isn’t the only place in the Caribbean to boast a Stingray City. Holidaymakers to Turks and Caicos will be pleased to learn that it too has a Stingray City. You’ll find it at Gibbs Cay, located a mile off the east coast of Grand Turk. Regular tours depart from Cockburn Town or from the Cruise Center. 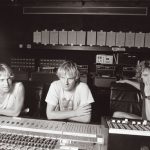