Haiti is a biodiverse mecca with a complicated past. Due to massive deforestation, only around 1% of Haiti’s primary forests remain intact. But despite the environmental destruction, Haiti remains one of the Caribbean’s most dynamic places to spot wildlife. When you travel to Haiti and explore its nine life zones, it’s clear why this beautiful country attracts nature enthusiasts.

From cloud forests and high mountains to tumbling streams, Haiti’s diverse landscapes nurture thousands of creatures. Much of the wildlife in Haiti is endemic and only spotted within the country or the island of Hispaniola. Whether you’re an avid birdwatcher or enthralled by the sea, Haiti introduces you to many species you can’t find back home.

With 28 endemic bird species, Haiti is a playground for birdwatchers. The small Caribbean nation has the region’s second-highest concentration of birds and boasts several bird biodiversity hotspots. Whether you’re exploring Haiti’s beaches or mountains, bring your binoculars to view dozens of colorful bird species.

Found only on Hispaniola, the Hispaniolan Trogon is Haiti’s national bird that thrives in subtropical forests. Ti Serens are spotted in pine forests, while Wanga Negès are on beaches and high in the mountains. The Mèl Dyab is one of the easiest species for birdwatchers to find, but the Kolibri Mòn faces extinction due to habitat loss.

Despite its small size, Haiti has incredible biodiversity that supports over 200 total species of birds. The mountainous terrain and different microclimates create a variety of environments for all bird types to thrive. Other breathtaking bird species you’ll find in Haiti include Hispaniolan orioles, Ashy-faced owls, Hispaniolan emeralds, Vervain hummingbirds, and Greater Antillean bullfinches.

Haiti has one of the most peculiar mammals anywhere in the Caribbean, the Hispaniolan Solenodon. The small, furry fellow injects venom but rarely appears in the daylight. Due to its endangered status, there’s a movement to protect this rare venomous mammal from extinction.

Haiti doesn’t lack cold-blooded critters, and the country has an intimate relationship with some of its reptiles. Notably, snakes play a fascinating role in Haitian history as showpieces in jubilant festivals. Snake charmers put on wild performances, and hunters prowl the wilderness for exotic species.

But tourists should know that Haiti is among the rare countries with no venomous snakes with life-threatening bites. While some snakes possess venom for prey, their toxicity is minimal compared to more dangerous snakes in other countries. In total, Haiti has around 27 snake species that include blind snakes, Haitian dwarf boas, Hispaniola racers, and Hispaniola boas.

Although more associated with Florida, the American Crocodile is found throughout Hispaniola. But don’t worry, Haiti is also home to many less intimidating reptiles like Hispaniolan ventriloquial frogs, Haiti leaf-toed geckos, Hispaniolan sliders, and yellow-headed geckos.

Haiti’s rich waters host a breathtaking underwater world of coral reefs and marine creatures. The shallow central and south coasts are excellent places for boating excursions to spot an array of fish and marine mammals. As you cruise the turquoise sea, watch out for stingrays, pygmy sperm whales, sharks, porcupine fish, manatees, and a variety of dolphins.

Despite having the most overfished coral reefs in the world, Haiti still has amazing dive sites. In addition to black coral and elephant ear sponges, divers can often find crabs, barracudas, and Moray eels. Amani’s Zombie Hole and the Arcadins Islands are two of the best spots in Haiti to see diverse corals and colorful fish.

We can’t discuss Haiti’s wildlife without talking about its spectacular butterflies. Hispaniola is home to nearly 1,200 species of butterflies and moths, one of the world’s most diverse collections. Haiti ranks among the best places to spot migrating monarch butterflies and their distinctive orange and black wings.

All it took was five days exploring the otherworldly landscapes of Iceland to ignite Daniel’s adventurous spirit. The travel bug firmly placed its grip, and a career change was on the horizon! Determined to leave his job in New York City behind and spend a life on the road and the sky, Daniel set his sights on every beautiful destination imaginable.

Turn the page nearly three years later, and he has trekked the Swiss Alps, soaked in the crystal-clear waters of Greece, sailed the archipelagos of Sweden, and wandered the Andes Mountains. After starting a newfound career as a freelance travel writer, his desire to discover the world's beauty has only intensified.

Daniel’s passion for traveling stretches farther than just witnessing breathtaking scenery and going on intrepid hikes. The chance to meet hospitable locals, taste delicious cuisine, and care for adorable pets abroad are memories he holds dear to his heart. His mission is to inspire the explorer inside every soul by capturing astonishing landscapes, energetic city streets, and unrivaled cultures. 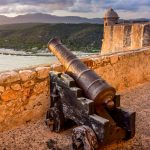 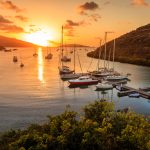