Chocolate, a word that brings smiles on the faces, is one of the world’s favorite edible. The chocolate industry is worth a $100 billion globally. The history of chocolate dates back to the ancient Mayans, and the ancient Olmec of Southern Mexico.

In the historical view, chocolate was a little like the product of today. Earlier, chocolate was used for medicinal and edible purposes in countries, nations, or islands. Today, when we hear the word Chocolate, we fancy the sweet chocolate bars filled with luscious truffles of nuts, fruits, and caramel.

However, in ancient times, the word chocolate was popular as a bitter beverage and never imagined to be taken in or consumed as an edible, or sweet.

Chocolate is made from cacao tree found in the Caribbean. The fruits were called pods, and each pod contains around 40-45 cacao beans, as shown in the image below. The beans are then roasted and created to cocoa beans.

Caribbean Islands’ climate is considered to be the best for chocolate as these islands are close to the equator, and Cocoa trees grow finely in these locations. The world’s finest cocoa is also produced in the Caribbean islands, cocoa-like ‘Criolla and Trinitario.’

Let’s have a sneak-peak into the historical, cultural, and civilizational view of the chocolate industry.

Cacao plants were abundantly found in the Mesoamerican civilization, and its people were the first ones to turn the cacao plants into chocolate. But, the chocolate you are imagining was not the product that they had made; it was a form of a liquid which they drank during traditional rituals. It was also used for medicinal purposes.

Later, the Mayans changed the preparation method and used roasted and ground cacao seeds and mixed it thoroughly with water, cornmeal, and chilies. The Mayans gave this drink a dignified status and called it as the drink of the gods.

The Mayans never called it the chocolate. They renamed it to ‘xocolatl,’ which means ‘bitter water.’  Later in the 15th century, the Aztecs used cocoa beans as currency. According to Aztecs’ belief, chocolate was a gift from the Quetzalcoatl (god), and they drank this beverage before raging a war. According to them, it was a refreshing source of energy.

The ancient Mesoamerican civilization had the first interaction with Christopher Columbus on his fourth voyage to the Americas in 1502. As soon as he arrived in Guanaja, an island in the coastal area of Honduras, he met Aztecs for trade purposes, and Aztecs offered him the drink of the gods. To Columbus’s surprise, he first thought it was actually a drink made from almonds but later found out the mixture.

Christopher Columbus didn’t like the drink and wasn’t aware of the importance of this drink. The ancient Aztecs used cacao beans as a currency. There is a small museum in Grenada called ‘The House of Chocolate,’ there is a display of the chart used to demonstrate the Aztecs’ believes.

The exact date of arrival of chocolate in Spain is not known for sure. But according to the ancient stories, it was found that the explorer Hernán Cortés brought chocolate to Europe in 1528 when he was looking for gold and riches.

In Europe, the taste was enhanced by mixing sugar and honey to make it sweeter. It gradually became liked among different prospects in Spain. After Spain, chocolate reached France, and then the rest of Europe.

The process of the plantation of cacao got spread across the Caribbean with the arrival of European Colonizers. Chocolate was mainly produced in the Caribbean region and was exported all over the world. According to records, Grenada and Trinidad & Tobago were the supreme exporters of cacao seeds worldwide. The estimated Grenada production was around 350,000 pounds and Trinidad & Tobago at the peak with an exported amount of 75 million pounds.

However, the production decreased to 800 tons from Grenada and 500 tons from Trinidad & Tobago. The drastic decrease in the Caribbean island is because of the end of slavery, which resulted in no free labor, and profit margins dropped.

The colonial owners transplanted their cacao production to other parts of the world, including India, the Philippines, New Guinea, Samoa, Africa, and Indonesia. Currently, ICC (International Cacao Council) has certified Trinidad & Tobago, Grenada, Dominica, and Saint Lucia as 100% producers of the exquisite Cacao flavor. Jamaica is certified for 95% and Belize for 50%.

Production in the current time is on the rise in the Caribbean region but still somewhat sluggish. The farmers of smallholding cacao production achieved low profits, even though the fine flavor is a premium product and is sold for the rates at four times. However, still, the poor farmers are being suppressed.

How Is Chocolate Used In Different Products Till Date?

Every year, it has been estimated that around 7.2 million metric tons of chocolate are consumed worldwide. Many different products are being made from the chocolate or, more precisely, cocoa. Some of the examples of the products that are made from the cocoa are mentioned below.

Chocolate Industry In The Caribbean Region

The fine and unparalleled chocolate industry of the Caribbean region was doing extremely fine by producing around 30,000 tons per annum. The drastic decrease in the production has dropped to 500 tons, and the Caribbean industry is in the real fight to take it back to its original status.

The finest cocoa in the world is ‘Criollo and Trinitario’. It is the rarest varieties, and only eight Caribbean countries grow it. Several cocoa-entrepreneurs are working to revive the niche industry.

The Caribbean has always been the name associated with chocolate because the top 100 manufacturers who produce premium chocolate are present in the Caribbean and Latin America, according to the Fine Cacao and Chocolate Institute.

The chocolate industry of Grenada is contributing 6% to the GDP, according to Forbes. A similar contribution has also been seen in other countries of the Caribbean.

One of the world’s favorite edible, chocolate has quite a history to discuss. The revolution of chocolate over the centuries and decades has been discussed thoroughly. I hope this write-up clears your doubts about the Caribbean and their long history of chocolate manufacturing.

Melissa Calvert is currently working as a Travel and Lifestyle Blogger at Crowd Writer and Trainer at Dissertation Assistance UK the excellent platforms to avail writing services. She has gained a credible reputation for her unique management style and open-mindedness. She shares her school-of-thought through her compelling blogs. 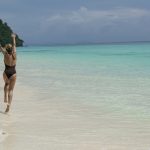 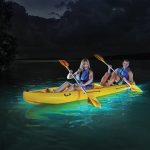