The islands that make up the Dutch Caribbean are all popular tourist destinations. The southerly trio of Aruba, Bonaire and Curaçao have the advantage of lying off the hurricane belt, and are blessed with dry sunny weather year-round. Further north, the islands of Sint Maarten, Saba and Sint Eustatius form part of the Leeward Islands. But just how much do you really know about the Caribbean Netherlands? Here are a few fascinating facts to get you started.

Terminology’s important when it comes to the Dutch Caribbean, or you could wind up talking about somewhere entirely different to the place you intended. The Caribbean Netherlands comprises Bonaire, Sint Eustatius and Saba. If you find mnemonics helpful, then you’ll be pleased to know they’re also known as the BES islands. You might also have heard the term Netherlands Antilles, which was an umbrella term for all those Dutch parts of the Caribbean; Aruba seceded in 1986 and the rest were regrouped in 2010, so officially at least, the term has been consigned to history.

If you thought the islands of the Caribbean Netherlands were synonymous with the ABCs, you’d be a little off the mark. As with Sint Maarten, the islands of Aruba and Curaçao (the A and the C) are actually separate countries that form part of the Kingdom of the Netherlands. They’re what are known as overseas territories so they aren’t part of the European Union and they don’t form a Dutch province. However, the three do maintain strong links with the Netherlands even though they are autonomous countries.

You could be forgiven for thinking that given the strong ties to the Netherlands, all those countries would speak Dutch, but that’s not the whole picture. You might see “Bon Bini” alongside “Welkom”. That’s because there’s also a language called Papiamentu. (It’s called Papiamento in Aruba where it sounds a little more Spanish.) The name is thought to derive from the Portuguese word “papear” which means “to chat” or perhaps the French “parler” that translates as “to speak”.

It’s a Portuguese Creole language which many experts reckon has a great deal of similarities to the Cape Verdean Creole and Guinea-Bissau Creole that people speak in western Africa. It was likely brought over by African slaves. Over time locals adapted the language. It now includes words spoken by Portuguese and Spanish missionaries, South American traders, Dutch merchants and modern day slang.

Papiamentu is most widely spoken in Bonaire. There, around three-quarters of the population use it, but it’s also an official language in Curaçao. Sint Eustatius and Saba recognise it too, though English and Dutch are more common. Sabans also converse in a dialect called Saban English, while in Sint Maarten, you’ll hear Dutch and English.

The architecture looks similar to Dutch

What you will notice, though, is how similar the building design looks, though perhaps not the colour of the paint job which is as colourful as anything you’ll see across the Caribbean. Allegedly the tradition of colourful buildings in Curaçao’s capital Willemstad had something to do with an early 19th century Governor called Albert Kikkert. It’s said he found the whitewashed buildings too much in the tropical sun. He ordered they be painted to tone down the glare. Today’s visitors will see a silver lining in Kikkert’s discomfort as these photogenic properties lend the place considerable charm.

In Willemstad and also the Aruban capital Oranjestad, many of the 17th and 18th century Dutch colonial buildings remain. Over the years they have been adapted to cope with a climate which was far hotter than anything in the old country. So it’s not uncommon to see additions such as shutters, verandas, porches and fretwork screens. But those gabled roofs are classically Dutch. They would fit in equally well alongside a canal in Amsterdam as they would on a Caribbean wharf.

Aside from that glorious architecture, there’s another bucket list must-see: on one Aruba beach, expect to share the sand with flamingos. Guests at the Renaissance Aruba Resort can hop on a complimentary shuttle bound for the hotel’s private island. There, on Flamingo Beach, sip a cocktail from the shade of a beautiful cabana. Beside you, these curious pink birds potter around pecking at the sand.

The island boasts another strip of sand, Iguana Beach. It gets its name from the iguanas who call it home – locals call them yuwanas. They often hide in trees as the leaves provide camouflage, but it’s not wise to drag a sun bed underneath for shade. That’s because if the iguana feels threatened, it will drop like a stone out of the tree and run. If you’ve been caught napping, you’ll probably do the same.

A top choice for scuba divers

The ABCs also attract visitors for world-class snorkelling and diving. One stand out spot is Tugboat Beach on Curaçao. It gets its name from a vessel that sank by accident a few decades ago. Today, it lies about five metres below the surface but it’s easy to spot thanks to the clear water. Brightly coloured shoals of fish swim amidst the coral and sponges. They help to make this one of the best underwater experiences in the Dutch Caribbean.

Another similar dive site is the Himla Hooker, off the Bonaire coast. This former cargo ship hit the headlines in the Eighties when it carried an illegal horde of marijuana. Although the authorities detained the crew, those responsible for smuggling drugs were never caught. While impounded by the authorities, it began to take on water and not long afterwards rolled on its starboard side. Now, it lies wrecked off the island’s west coast.

Another bucket list activity is to taste a cactus liqueur. The Cadushy Distillery on Bonaire has made it for over a decade. There are three varieties of cacti on the island and the Kadushi cacti are the largest. The flesh is a traditional component of medicine and shampoo. It’s also a popular soup which usually accompanies fish or salted meat.

However at the distillery located in Rincon, the island’s oldest village, they prefer to use it in a different way. Strips of cactus skin dry in the sun. Staff combine them with yeast, a grain called sorghum, a lime beverage known as Awa di Lamoenchi and a special blend of spices. This creates a unique alcoholic drink which any visitor to the island should consider trying. If the flavour’s not to your taste, the distillery also makes cactus vodka. We‘ll drink to that – so cheers, or bon salud as they say locally. 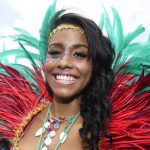 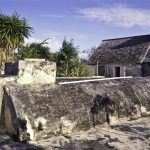