Do you believe we’re alone in this universe of ours or might we instead share it with extraterrestrials from far away planets? You might think it’s an unusual question to pose on a Caribbean travel website, but in Puerto Rico, tucked away in the midst of the island interior’s scenic karst landscapes, you’ll find a place that’s perfect for pondering that very question. It’s a place where science fiction is far more real than anything that could spring from the imagination of an author or film director. But best of all, you don’t have to be a scientist to appreciate a tour of Arecibo Observatory.

The Arecibo Observatory is run by a consortium

It’s overseen by the University of Central Florida, UMET (Puerto Rico’s Metropolitan University) and Yang Enterprises and cooperates with the US National Science Foundation which supplies some of its funding. NASA too is involved, hardly surprising when you appreciate that this is a place that studies stars, planets and what happens far beyond our galaxy. In the past, it was here that the first ever image of an asteroid was captured; since then, staff have tracked the path of asteroids heading for Earth. Those working at the Observatory have also mapped the ice on Mercury and were responsible for the discovery of planets outside the solar system.

The other thing that the observatory is famous for is the SETI (Search for Extraterrestrial Intelligence) programme. That dates back to 1974, when astronomers sent what has since been dubbed the “Arecibo message”. This was the very first message sent from Earth into space, beamed to the M13 globular star cluster. One of the team, Carl Sagan, later wrote a book about it, which was adapted into the film Contact starring Jodie Foster.

If you want to know if they received a reply, the answer’s no. Not yet, at least: it takes 21000 light years for the message to arrive, and assuming a reply’s sent immediately, the same for it to come back. A light year, in case you were wondering, is a measure of distance rather than time, but as a single light year equates to something in the region of 6 trillion miles we’re not going to get that reply any time soon. That said, there’s a notice board up in the observatory visitor centre, so if you’d like to leave a message for astronomers to pass on, you can simply pin one up. It’s hard to resist something clichéd like “Is there anyone out there?” But then, what do you say to something you’ve never met and isn’t even human?

Even before they’ve reached the visitor centre, day trippers gain their first impressions of just how important this place is as soon as they pull into the car park. A leaflet in Spanish and English explains why radio silence is a must. As mobile phones, video cameras and tablets are likely to emit radio noise when switched on, this could interfere with the scientists’ chances of picking up the weakest signals from space. As you power off your devices, it all gets very real, very quickly.

Together, the telescope and transmitter create the world’s most powerful radar system. If you’ve ever wanted to detect a steel golf ball on the moon (no, me neither) or eavesdrop on someone’s mobile phone conversation on Venus, this is the place that can help you achieve such extraordinary dreams. The scale of the operation is soon understood, too. Many head straight for the observation deck, where the giant receiving dish of the radio telescope fills the enormous hollow left by a collapsed sinkhole. Such limestone landscapes create cave systems and this is no exception. The Arecibo Observatory is easily combined with a visit to Camuy River Cave Park not far away, whose caverns, stalactites and stalagmites are a popular, if more worldly, tourist attraction.

As far as the eye can see, the observatory is surrounded on all sides by lush tropical forest. When it was constructed, this location couldn’t have been more perfect if it had been purpose built. In fact, it was what enabled the dish to be so huge, then the largest in the world. At 305 metres across, you could park something like 70 standard saloon cars end to end. Since 2016 a 503 metre structure has graced Guizhou Province. China has stolen the title of the world’s largest single aperture telescope, but what stands before you in this part of the Caribbean is a jaw-dropping sight nevertheless.

Above the concave surface is the radio telescope itself and above that, a mess of metal supports and cables that prevent the thing from dropping right down onto the dish below. Although, occasionally, they’re no match for nature. When one of the cables was first installed, engineers found it was a little too short. They thought they’d fixed the problem, splicing it to another cable to add the required extra length and wrapping it in zinc to be on the safe side. It lasted around 50 years before a powerful earthquake snapped the repair, forcing the telescope to close for a while.

Regardless, tours don’t access that vertiginous spot. From the regular vantage point on the deck, the holes in the dish seemed tiny in comparison to the telescope. Book yourself a place on the VIP tour, however, and you’re treated to a close-up look from ground level. Down there, the vast scale of both the dish and its holes can’t escape your notice. Film fans might have worked out a blooper here: in the Bond film Goldeneye, the dish (which according to the story was located in Cuba) was flooded for one dramatic sequence, but of course those holes mean this could never happen in real life. The water would simply drain away through the 40,000 perforated aluminium panels. In fact, many of the scenes were filmed in a studio using a scale model. They also used CGI to digitally add the dish to the shot, making Goldeneye the first Bond film to incorporate such a technique.

Proving science can be fun

There’s more to a visit than staring at the dish and telescope, no matter how impressive those sights might be. Inside, the visitor centre is packed with fun exhibits encouraging a love of science no matter what your age. The wall of meteorite fragments will fascinate those fond of geography; you can’t help mentally calculating which fell closest to your own house, even if it was hundreds or thousands of miles away. Several exhibits focus on motion: one encouraging participants to become a human radar beam to track asteroids, another inviting guests to balance and experience how a collapsing star spins faster and faster as it contracts. Even the shop’s likely to detain you for longer than you’d expect. Among other things visitors can purchase star maps and the kind of ice cream astronauts take with them on missions.

A visit to Arecibo Observatory is not your usual Caribbean holiday excursion, that’s for sure. Far removed from the white sand and swaying palms of the island’s beaches, the presence of this observatory is a reminder that Puerto Rico has far more to offer than your average fly and flop destination. If you’ve ever wondered whether there’s life on other planets, then perhaps you should head down to the Arecibo Observatory to find out what they know. 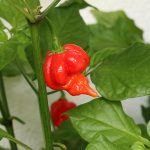 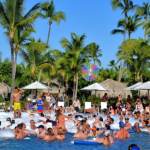