I was surprised to find the question “Is the Caribbean a country?” to be a very popular search term when it comes to the region. Although there are lots of resources out there about the Caribbean and most of us learn about it in geography classes in school, it is not easy to rapidly gain an in-depth understanding of this diverse in geography, population and culture region.

Importantly, let’s start with the answer to the primary question for this post: no, the Caribbean is not its own country. Instead, the Caribbean is a North American geographical area encompassing the Caribbean Sea and over 700 islands and as many as 40 independent countries and overseas territories. It is approximately 25-30% the size of the United States with an area of 1,063,000 square miles and a population size similar to that of California (about 40 million).

The above definition and a description of area and population focuses on the islands in the north and east of the Caribbean Sea, which is what we use throughout our blog and how majority of important travel guides define the region and explain it. However, this approach means we are overlooking the countries of central and South America, many of which also share extensive coast lines with the Caribbean Sea. Geopolitically, many of these countries are members of economic and social institutions, which aim to grow and promote Caribbean region and interest of its members. Examples of such institutions are: CARICOM, which has as its objective to build economic and political collaboration between members and include South American countries such as Suriname as well as Association of Caribbean States (ACS), which focuses on trade and economic collaboration between members and has in its ranks pretty much every country, which coast touches the Caribbean Sea.

The name “Caribbean” itself originates from a tribe of aboriginal Indians called Caribs, who lived on many of the region’s islands before European colonization in 16th and 17th centuries. European settlers were not kind to the Caribs and majority of their population was rapidly enslaved, killed off or died of diseases brought by the Spanish, Portuguese, Dutch, French and English. As these nations colonized the Caribbean islands they all brought slaves from Africa to farm and grow the local economies. Hence, between 16th and 18th centuries the native population of the Caribbean was rapidly replaced by a majority of African slaves and a minority of European settlers. Since the abolition of slavery in the 19th century, these local populations have integrated well and many of the islands have gained independence from the old colonial powers. Today, majority of the Caribbean islands thrive thanks to a booming tourist industry and the region’s political and economic condition is steady.

Below is a table of the islands (independent and dependent states) that make up the Caribbean together with a link to a detailed page about each island. Also, check out our map of the Caribbean region and if you are considering a cruise there, have a look here at the top companies offering Caribbean cruises. 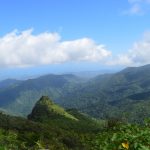 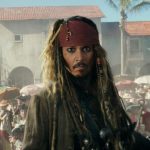