Sculpture gardens are known for their beauty; peaceful, almost tranquil paths that wind through thoughtfully placed objects shaped into meaningful art, meant to give the viewer a moment of reflection into what is and what can be. Molinere Bay sculpture garden off the coast of Grenada offers visitors this same experience but with one exception: snorkeling gear is required – because it’s located at the bottom of the sea.

Listed as one of National Geographic’s top 25 wonders of the world, the installation is made up of dozens of individual statues placed over 800 square meters. It was created by British sculptor Jason deCaires Taylor in 2006 and is the first of its kind. But the garden is far more than a collection of meaningful pieces. Taylor is an environmentalist and underwater photographer. His viewpoint on ocean conservation led him to the idea that by placing art on the ocean floor it would be seen as a more important space. And he was right. It has since been designated by the government as a marine protected area.

But his commitment to the underwater landscape goes even further than beauty and form. The sculpture garden was not only designed to become a part of the ecosystem but to help it thrive. Many of the nearby reefs have been severely damaged by hurricanes in the last twenty years. Because of this, snorkeling and diving has been restricted to preserve what remains. Molinere Bay was designed not only as an alternative for visitors looking to explore the underwater realm, but to give sea life another place to call home.

The sculptures are cast from a “long-lasting pH-neutral cement.” With textured surfaces that are ideal for the growth of coral, this series of stable platforms (the sculptures are bolted to the ocean floor), will eventually become a thriving reef that will attract thousands of species and stabilize a depleted marine area. Molinere Bay is one of the attractions tourists shouldn’t be afraid of visiting too often. Because it was built with the intention of eventually becoming its own barrier reef, it is always changing. And over time, some of the statues will eventually disappear from sight completely.

“Sponges look like veins across the faces. Staghorn coral morphs the form. Fireworms scrawl white lines as they feed. Tunicates explode from the faces. Sea urchins crawl across the bodies feeding at night. Coralline algae applies a kind of purple paint. The deepest red I’ve ever seen in my life lives underwater. Gorgonian fans oscillate with the waves. Purple sponges breathe water like air. And grey angelfish glide silently overhead.”

Two of the most famous sculptures include:

From afar, the circle of life-sized children holding hands looks like a game of ring-around-the-rosy, but as you get closer, you realize the children are facing outward, bound together by linked hands. Due to the Caribbean’s dense history of slavery, this sculpture has often been mistaken as an homage to the slave trade that existed for hundreds of years, however, Taylor explains that by definition, ‘vicissitudes’ means a “natural change or mutation visible in nature or human affairs.” It was his intention to show how children mimic the sea’s ability to overcome and adapt to an everchanging world. The positioning of the children represents the togetherness it takes to thrive amidst chaos, and the inevitable change of their exteriors reminds viewers that change is the only constant.

Set within a gully, the ‘correspondent’ sits at a desk with a typewriter and several newspapers scattering the surface. Printed on the papers are stories that refer to Grenada’s history and involvement with Cuba. It’s a lonely setting; the man, appropriately feels lost, boxed in on several sides by the natural topography of the ocean floor. But it is intentional. The archaic method of typing and printing news on handheld papers represents the past. In his underwater office, he is relegated to history – like the newspapers sitting in front of him.

Incidentally, the album, “Ukulele Songs,” released by singer Eddie Vedder in 2011, used a photograph of the Lost Correspondent as its cover.

So how does one go about viewing this everchanging magical landscape? There are several ways. Although it’s completely underwater, the garden is generally only 3-5 meters deep, making it accessible for the novice snorkeler, while the more experienced scuba divers can spend hours taking photographs and admiring the nuances of each sculpture. For those looking to stay dry, there are many glass bottom boat tours throughout the day – some even serve a seafood meal onboard.

The park is a short drive from St. George and there is a nominal entrance fee, which directly funds park officials to properly manage fishing quotas and tourism.

Alysha is a California native who has lived all over the world. She's passionate about stories, history, and experiences that help us realize that we have more in common that we think. 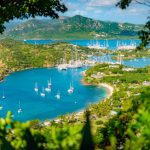 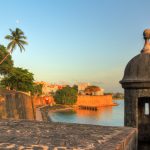