When you’re choosing somewhere to spend your holiday, recommendations count for a lot. But what if the place you intended to visit was once dubbed an “infernal hole”, “a vile spot” and somewhere you’d once have been “most woefully pinched” by mosquitoes? Fortunately, those comments come in the form of an 18th century review. The situation is a whole lot different now we’ve reached the 21st! These days Nelson’s Dockyard is one of the most captivating historical sites anywhere in the Caribbean.

The jewel of Antigua’s southern shore

Horatio Nelson wrote those damning words about Antigua in the 1780s during his Caribbean tour of duty. Of course, back then his base wasn’t called Nelson’s Dockyard. It wouldn’t be until the 1950s that it would take the name of the sailor who would become its most famous resident. UNESCO finally rewarded the dockyard with a listing in 2016, but it’s been a popular excursion destination with cruise ship passengers and those holidaying on the island for much longer.

Nelson’s Dockyard is located beside the delightful settlement of English Harbour, a small place with, it might first seem, as many yachts moored in the bay as there are residents. Construction of the dockyard began in the early 18th century, using enslaved labour from the plantations. If you know where to look, you can even see sailor’s graffiti from the 1740s on one of the walls. Ask your guide to show you. But the place didn’t really come into its own until after the American War of Independence. Britain needed to be able to defend its colonies against America and her ally France and protect not only its possessions but also the sugar that was helping to fund the Industrial Revolution back home.

Beautifully restored, the dockyard offers the chance to step back in time

Tour the dockyard and you’ll see the Copper and Lumber Store. It was built in 1789 on the site of a row of wooden storehouses and is now a hotel. The pillars remain of the original sail loft, constructed in 1797. You’ll also see what was once the Naval Officer’s house, now a museum. There are officers’ quarters, a guard station and a bakery dating back to 1772.

Years of hurricanes and earthquakes took their toll after the navy abandoned its dockyard in 1889. Extensive and sympathetic restoration has largely erased the decay that set in and now it’s a fascinating place to spend the day. The upturned cauldrons once would have been used to tar the wooden ships to keep them watertight. Heavy cannons, several 7000lb anchors and a ship’s bell also litter the site.

The dockyard forms part of the Nelson’s Dockyard National Park. One of the highlights is Galleon Beach. In 2010, following extensive erosion after a hurricane, locals uncovered skeletons in the sand. These human remains were evidence of an 18th century naval burial ground, used for sailors who had succumbed to yellow fever. There are a plethora of hiking trails that you can follow. One of them the steep and challenging Lookout Trail which leads up to Shirley Heights. On a hot sunny day, you’ll need strong legs and plenty of water. Nevertheless, following this track is definitely worth the effort.

At the top, Shirley Heights was once a military lookout and gun battery. Today’s visitors are afforded a magnificent view over English Harbour and out over the Caribbean Sea. This 490ft high vantage point is incredible at sunset. But the place really comes alive on Sunday evenings with the famous “jump up”. The barbecues are lit, the rum punch served and the reggae music turned up loud. All that food, drink and of course, music make this party a must for both locals and visitors to the island. Nelson and his fellow sailors would have approved, don’t you think? 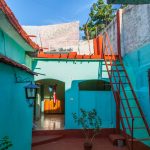 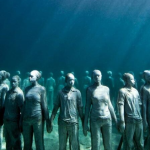