The British Virgin Islands contain some of the prettiest landscapes in the Caribbean. Lush palms and forested slopes form an exquisite backdrop to jaw-dropping beaches lapped by impossibly clear waves. One of the best islands to stay is Virgin Gorda, which offers some of the best snorkelling, diving and sailing anywhere in the world. Year-round sunshine and a laidback lifestyle make this an attractive proposition for holidaymakers. If you’re keen to see it for yourself, here’s what you can expect.

A bit of background

Virgin Gorda is the second largest of the British Virgin Islands. Only Tortola, 12 miles to the east, is bigger. This part of the Virgin Islands archipelago is a British Overseas Territory, meaning that it has constitutional and historic links with Britain but doesn’t form part of the United Kingdom in political terms.

The first settlers were the Taino, Arawak and Carib Indians, who could have lived on the island over a thousand years ago. It was Christopher Columbus, however, who gave it the name we recognise. After he stumbled upon them during a voyage in 1493, he commented that this small island resembled a fat woman, and so it became Virgin Gorda. Some say those virgins accompanied St Ursula, a 4th century British princess, on her ill-fated pilgrimage to Rome and lost their lives as a result.

The island was later colonised by the Dutch. Although Sir Francis Drake dropped anchor in North Sound in 1585, the territory wouldn’t come under British control until 1672. They made Spanish Town their capital of the British Virgin Islands. Road Town over on Tortola took over in 1742.

For centuries, people overlooked Virgin Gorda, an agricultural backwater with little value to outsiders. But then came Laurance Rockefeller. The affluent New Yorker first clapped eyes on the island in the late 1950s and quickly saw its potential. He bought up land and set about building a secluded resort beside a sandy bay.

In 1964, Rockefeller opened Little Dix Bay, tucking away its cottages to ensure that the resort was as unspoilt and natural as possible. Its reputation for privacy and discretion meant that it soon became popular with the rich and famous, including Queen Elizabeth II her late husband Prince Philip. If you can stump up enough cash, you too can stay at this exclusive property, which now forms part of the upscale Rosewood portfolio.

The most famous of Virgin Gorda’s tourist attractions is a landform called The Baths, which is the attention stealer at The Baths National Park. Here, giant granite boulders litter the beach. They conceal hidden nooks, creating sheltered pools and shady channels. Time it right and it can become your own private paradise.

Insider tip: to improve your chances of getting The Baths to yourself, check out cruise ship schedules and try to avoid days when the island is busier.

The National Park isn’t a one-trick pony, however. A series of ladders, steps and rope handrails enable the adventurous to scale the boulders to reach Devil’s Bay. There, you can swim and snorkel. In fact, it’s also a popular anchorage for day-trippers who come by boat. Spring Bay, which boasts a pristine strip of white sand, is located close by, accessed by road. A path leads to another beautiful beach, Trunk Bay.

A mine and a mill

You’ll find another BVI National Park at the south-western tip of Virgin Gorda. On Mine Hill, the ruins of an old copper works will interest those keen on history. The first shaft was sunk in the 1830s, but though it boomed at first, it soon struggled to make a profit. The Virgin Gorda Mining Company went bust in 1841, the victim of tumbling copper prices. A couple of decades later, John Davies & Sons tried their luck, and the mine was operational again until it was abandoned in 1862. Since then, the place has seen no action, save for tourists poking around to explore what’s left.

It’s not the only piece of industrial heritage on the island. You’ll also find several sugar works. The best preserved is the ruined Nail Bay Sugar Mill, close to Nail Bay Resort. Sugar cane juice would have been boiled up in huge copper kettles; this would turn it into raw sugar that could be dried and shipped out for sale. But as elsewhere in the Caribbean, much of the labour was enslaved. With the abolition of slavery in 1834, the plantations were abandoned.

The best part of the island for hiking is in the mountainous north, where you’ll find Gorda Peak National Park. Trails lead to the summit of Gorda Peak, which is the highest point on the island. From there, the views across the water to the little islets and uninhabited islands that surround Virgin Gorda are nothing short of breathtaking. Many visitors get a jump on the walking by catching a ride in a 4×4 to cut out part of the trek.

Look out for birds and lizards – not to mention the non-venomous snakes – along the way. The hike should take less than an hour. Once you reach the peak, there’s a tower which is worth the extra effort to make the view even more special. It’s also a good idea to pack a picnic as there are tables, and of course plenty of water to stay hydrated under the hot Caribbean sun.

A cooler option for exploring the landscape is to switch land for sea. Above the surface you might opt to rent Lasers, Hobie Cats, Picos, Optimists, windsurfers, kite boards or kayaks. But it’s also worth hooking up with a scuba operator, as there are plenty of interesting dive sites in the waters off Virgin Gorda, including underwater arches and canyons teeming with marine life.

The RMS Rhone shipwreck is accessible from the island (it lies off nearby Salt Island). This Royal Mail ship perished in a hurricane in 1867 with the loss of 123 lives. As the ship lurched, it flung the Captain overboard. Some say he was holding a teaspoon that you’ll now see embedded into the coral. Look out for the wreck’s lucky porthole as well. This brass porthole in the stern section of the vessel somehow was undamaged in the ferocious storm and its glass has been preserved. You’ll notice it’s shiny: divers generally give it a rub as it’s thought to bring good fortune. 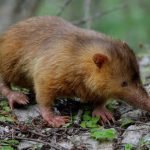 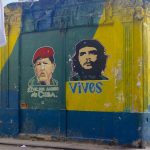