I was wondering for a while if and how to tackle the sad topic of hurricane’s Dorian impact on the Caribbean. On one hand, this blog is meant to focus on the fun and colourful side of exploring the region, while on the other, the tragedy that this particular storm has brought onto the region is impossible to ignore. In fact, Dorian has brought pain and suffering to two parts of the Caribbean especially – the Grand Bahama and the Abacos islands. These several islands had the terrible luck to end up in the very center of the hurricane, which pummelled them with 180mph winds for almost 30 hours non-stop. In the following paragraphs I will summarize the current situation on these islands, as well as try to focus on a hopeful side of things for this region and its population.

On September 1st the eye of Dorian reached the Bahamas right when the hurricane was an extremely dangerous, category 5 hurricane. With wind speeds between 160-180mph this hurricane was the strongest that Grand Bahama and the Abacos have ever experienced. For almost three days, the 50,000 people living on the islands hid in whatever protected spaces of their homes they could. For many, this was not adequate and hundreds (exact count has still been impossible) has lost their lives. When the storm finally cleared, it turned out that besides the many deaths, both islands’ infrastructure has been completely destroyed:

Besides all of the above, what makes it even worse for the locals is that only about half of them had any kind of insurance that can help them rebuild. This means many residents of the islands have been left with nothing and had to evacuate to other Bahamian islands and beyond. In fact, according to various news sources, as many as 75% of all residents of the Grand Bahama and the Abacos already have or are planning to leave the islands.

All this may lead you to a truly gloomy conclusion – that even though the Bahamians are proud and determined people, this storm may have gotten the better of them. Yet, although it is true we are looking at a minimum of 3-5 years before the islands are able to rebuild most of their infrastructure, there is no doubt in my mind that Grand Bahama and the Abacos islands will once again feel like a paradise and host tourists in the same manner as they did before Dorian.

For now, these islands need all the support they can get. Therefore, if you are in a position to help and have the willingness to do so, consider volunteering your time or donating to help the islanders through programs like the one by National Association of the Bahamas. Let’s rebuild the paradise together and let’s do it quickly! 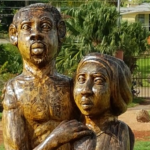