While the Caribbean is known for crystal blue waters, white sandy beaches, and afternoon cocktails, nighttime doesn’t mean the fun has to end. While most visitors take to the clubs and beach bars for dancing and drinking, outdoor adventures can still be found. In fact, some of the most remarkable activities in the Caribbean can only be experienced after the sun goes down. Whether you dive beneath Curaçao’s beautiful surfaces, float through Puerto Rico’s Bioluminescent Bay, or gaze up at the stars in Barbados, these three nighttime activities will still seem like a dream even after your visit ends.

Along the southern edge of Puerto Rico is the world’s brightest bioluminescent bay. Kind of like underwater fireflies, microscopic organisms, called “dinos” take on a blue glow when they’re agitated by flowing water. The result is an ethereal radiance that makes it feel like you’re floating in an electric pool. There are several bioluminescent bays in Puerto Rico, but Vieques is by far the most luminescent. In fact, the Guinness Book of World Records named it the brightest in the world in 2008. And even though Hurricane Maria destroyed the eco balance when it tore through the region, the bioluminescence not only recovered, but also came back stronger and more brilliant that it was before.

There are many ways to experience Mosquito Bay; different tour companies offer kayaking adventures, snorkeling, and small boat excursions. Be advised that due to the delicate eco-balance the organisms need to thrive, no swimming is allowed. For those who have the time to optimize their experience, visit during a “new moon” phase for the brightest viewing. And consult a camera-savvy friend to learn how to best capture the moment forever.

Curaçao is one of the Caribbean’s premiere diving destinations. With dozens of unique and breathtaking dive sites up and down the coastlines, there’s no shortage of stunning fish and sea life to be seen beneath the water’s surface. A night dive offers a rare peek at some of the Caribbean’s most beautiful nocturnal creatures, some of these hidden gems can only be found in Curaçao.

While colorful coral reefs, painted in fluorescent hues of pink, orange, blue and yellow, are magnificent during the day, they’re even more exquisite at night, this is due to the absence of natural light. As sunlight is filtered during the day, most of the reds can’t be seen. With artificial light, however, the entire color spectrum is visible, which means you’ll see the true color of the coral, making the same reef look entirely different in the darkness. Also, corals feed in the darkness. To catch food, the stubby, porous branches “bloom” with flower-like antennae that wave gently back and forth. And if you’re lucky to dive during a mass spawn, which only happens once a year, you’ll be among just a handful of people to witness one of the most remarkable occurences on the planet. When hundreds of thousands of bubble-like particles are released from the folds of the coral, they fill the water like a starry night sky. As they float upward, you will feel like you’re swimming in champagne.

The most remarkable location to see the spawning process is Mushroom Forest – named for the mushroom shape the coral have taken on due to the washing away of their bases. It happens once a year from late August to mid-October a few days after the full moon. Although this phenomenon can only be viewed by tank diving, there are a few locations where snorkeling will give you an equally amazing view of Curaçao underwater, particularly “Tugboat,” where you’ll see nocturnal fish, as well as octopus, moray eels, lobster and urchin, swimming through the wreckage of a submerged tugboat.

When was the last time you looked up at the night sky and really looked at what you were seeing? Our busy day-to-day lives allow for only quick glances to the heavens, so if you find yourself in Barbados, it’s worth a trip to the Harry Bayley Observatory to stargaze from one of the best vantage points in the world. The Observatory, built in 1963, is the only one of its kind in the Eastern Caribbean and is home to a 16-inch Meade telescope and a Lunt 80mm solar telescope. Miles away from light pollution, yet close to the equator in the Tropic of Cancer, the Observatory’s location offers unique and stunning views of constellations such as Canis Minor, Aquarius, and Eridanus.

While you can enjoy the view from anywhere on the island, another great option is to charter a stargazing night cruise, which are usually hosted by an astronomer. Getting away from the island, and the little bit of its electric glow makes a huge difference in the brilliance of the celestial heavens. It is so beautiful in the middle of the ocean, that your children probably won’t even realize they’re getting a first-class education. 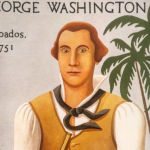 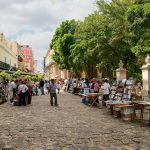