The Republic of Trinidad and Tobago is one of the most beautiful places on earth. There, the crystalline waters of the sea flow blue and green, while brightly colored flowers bloom on trees that gently sway to ocean breezes. The soul of Creole culture thrives to the beat of the rhythmic pounding of the waves and is strengthened by the heat of the Caribbean sun.

Thinking of Trinidad and Tobago can easily make a person call to mind gorgeous landscapes, stunningly beautiful open spaces and mouthwatering food. The latter term, “mouthwatering,” is quite an appropriate description, for out of this earthly Eden, this tropical land of breathtaking natural splendor, something almost sinister in appearance and in its effects on the human body has originated- the hottest chili pepper in the world. Meet the Trinidad scorpion.

The World’s Hottest Pepper is Created

Born of a species called the Capsicum Chinense, which is native to Trinidad and Tobago, with siblings as famous as the scotch bonnet and the very well-known habanero, this new darling on the chili pepper scene was created by the owner of the Chili Factory in Australia and it contains a whopping 1,463,700 Scoville Heat Units. The scorpion gets its name from its pointy little tail, which looks similar to a scorpion’s tail. To give an idea of exactly how hot this pepper is, by comparison a jalapeno has just 5 thousand Scoville Heat Units. Just thinking about it can make the mouth burn.

So what’s in store, culinarily, for this new pepper superstar? Well, to lighten the mood a little from the rather serious subject of which pepper holds the “hottest chili” title, we can turn our attention to YouTube for just a moment. Pranksters, macho jocks and even rather delicate-looking ladies seem to be spending their time making videos of their attempts to eat one of these dastardly vegetables.

Whether or not their reactions can be considered comical depends on how funny it is to watch previously big-talking folks sweat, cry, chug milk and shovel ice cream into their mouths in a feeble attempt to dull the excruciating pain caused by ingesting the chili. Considering this pepper can actually kill a person if 2.7 pounds of it were to be eaten at any time, the videos can turn from comical to downright frightening. Still, that doesn’t seem to deter folks who seem bent on proving they have a high pain threshold.

Besides serving as the centerpiece of such videos, the Trinidad scorpion enjoys a prominent position in countless hot sauces, where it’s used rather sparingly. In fact, workers who handle this pepper have to don major protective gear to shield them from blisters, burns and eye damage. One of the primary uses for the pepper is in weapon-grade mace spray, which gives further credence to just how scorching it really is.

Around the world, the scorpion finds its home mostly in sauces and salsas, while its siblings are widely consumed more frequently in curries and other dishes. Creole cuisine makes most use of the cayenne in its spices and sauces while the mixed cuisines of the Caribbean use plenty of scotch bonnet and habanero, especially in the delicious pepper sauces created primarily in the West Indies.

While the Trinidad scorpion became famous in 2011 when The Guinness Book of World Records named it the World’s Hottest Pepper, it’s surprisingly not used regularly in traditional dishes of Caribbean and Creole cuisine. Its smoking hot siblings, the scotch bonnet and habanero still enjoy more prominent positions in world foods. For example:

Jerk Chicken: Widely served throughout the world, this dish originated in Jamaica and it packs heat from scotch bonnet peppers. It is cooked and eaten on the bone, and most generally accompanied by fried plantain, peas and rice which help to tamp down the heat.

Creole Jambalaya: Mixed proteins like pork and shrimp highlight this Caribbean dish that has made its way to the US and is very popular in Louisiana. The cayenne peppers in this stew are much less spicy than those of the Capsicum Chinense species, and the more mild flavors of the proteins and vegetables are the main attraction on the plate.

Callaloo: Callaloo is popular throughout the Caribbean and the people of each locale have their own spin on the recipe. It’s a vegetable side dish made of leafy greens or sometimes okra, and the spicy versions use scotch bonnets. It accompanies the main entrée such as meat or fish.

From the new kid on the block-the Trinidad scorpion- to its older tried and true relatives, hot chilies play a major role in the cuisines of the world. As thrill-seekers and business owners alike keep searching for that ever-hotter species, the scorpion will enjoy its fleeting fame… or should we say “fleeting flame.” 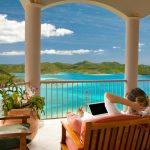 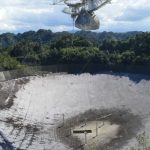