What do you get when you combine a sunny tropical paradise with tax-free incentive? The milk and honey of the Caribbean: St Barthelemy. A place where the filthy rich park their oversized yachts and indulge in a few weeks or months of opulence under the sun. Within the mere 24 square kilometres of French-owned land, you’ll find divine restaurants run by the world’s best chefs, designer shops along a sparkling quay, and oceanview villas for days. The best bits, however, are reserved for those in the know, so it helps to get to befriend its most famous vacationers like steel magnate Roman Abramovich whose 70-acre property is worth a pocket-pinching $90 million. Aside from its rich residents though, what really makes St Barts the Caribbean’s most luxurious island? In this article, we give you an insider’s look into this exclusive island.

The most lavish accommodation you’ll ever see

With hot hotels like Eden Rock, Hotel Isle de France, and Hotel Le Toiny (which will set you back thousands per night) and pristine villas with private infinity pools overlooking the sea, St Barts’ choice of accommodation is phenomenal. From the sleek and simple to the lavish and eccentric, the island offers it all. There are few places in the world, let alone the Caribbean, where you can spend your days lounging in such luxury and spend your nights sleeping in such style. No wonder every celebrity including Paul Macartney, Beyonce, and Kim Kardashian has stayed on its shores. Even the more affordable options promise a high-end experience true to St Barts that will leave you feeling pampered and well-rested.

Those that stay on St Barts are often discerning travellers with high expectations of service and entertainment, which is why many return to the island time and time again. From its shopping to its dining, nothing is short of impressive on this millionaire magnet where high-class nightlife and events are almost a nightly occurrence. Best of all is the exclusive cabaret bar Le Ti which hosts frequent events in its dimly lit boudoir-style venue. Most of St Barts events, however, are private invite-only affairs where only those with the right social connections get a look-in. If you do happen to mingle with the right crowds, expect to find yourself amongst business magnates and celebrities alike at some of the most legendary villa and yacht parties in the Caribbean.

The most sumptuous seafood you’ll ever eat

It’s only natural that the world’s best chefs aspire to make the world’s most desirable food for the world’s most discerning clientele. And where better to do that than on the elite and exclusive island of St Barts? That’s right, this slice of paradise is sizzling with the hottest chefs and restaurants on the scene, making it a hotplate (get it) for confounding creative cuisines from the Mediterranean to South America. The likes of Jean-Georges Vongerichten and Joël Robuchon head the island’s best restaurants like On the Rocks, Bartolomeu, and L’Atelier de Joël Robuchon. But don’t be fooled; even the unassuming restaurants, bistros, and cafes away from the spotlight of the island’s flashy waterfront will leave you with a deep satisfaction mixed with a greedy longing for more. Of course, St Barts’ specialty is expensive seafood. Think caviar, lobster, sea bass, and abalone.

Wherever the wealthy go, high-end fashion follows. From the Quai de la Republique to the ​​Carre d’Or Plaza, St Barts has more than its fair share of designer goodies. In fact, no other Caribbean island even dares compete.  As a tax-free haven, a spending spree in St Bart’s is darn near irresistible, although few even try to resist. Cartier, Hermes, Chanel, and Louis Vuitton are just some of the coveted names that you can find along St Bart’s dazzling shores. While the Quai de la Republique is where you’ll find these usual big brand names, ​​Carre d’Or Plaza is where you’ll find an exciting line-up of independent designer boutiques exclusive to the island. For those with a budget to match the size of a superyacht, there’s La Savane Center where the boutiques are chic, but much more affordable.

As the epitome of luxury, St Barts finds a way to make every island experience as indulgent as possible, especially when it comes to sunbathing on the beach. Tucked around the corner from Gustavia’s refined waterfront boutiques, Shell Beach awaits to serve you with the most sophisticated sunbathing experience in the Caribbean. Expect queen-sized sunbeds and four-poster cabanas, servers waiting on you hand and foot, a tongue-tingling list of cocktails, live DJ sets playing chilled music, and of course, a delectable selection of fresh seafood for when you get peckish. It’s the perfect place to unwind for the afternoon following a serious morning of shopping in St Bart’s boutiques.

Not your average watersports

Like any tiny Caribbean island surrounded by tropical turquoise water, St Barts is all about watersports. Whether kayaking, snorkelling, or banana-boating is your gig, you can be sure the island will deliver. However, in true St Barts style, its menu of watersports is a lot more diverse and exciting than your average island. From private island-hopping yacht tours to jet skiing, windsurfing, and sailing expeditions, your seafaring adventure is guaranteed it be lively, luxurious, and a little flashy. Picture a brisk ride across the ocean in an over-polished speed boat towards the nearby reefs where you can snorkel to your heart’s content between sipping on champagne and indulging in a seafood buffet. That’s how it’s done it St Barts.

Like most Caribbean islands, St Barts enjoys hosting an array of exciting events and festivities throughout the year. Unsurprisingly, some of the Caribbean’s most highly anticipated events can be found on this glamorous island. To start the year off with a bang is the St Barts Bucket Regata, an elite boat racing event held every January for those lucky enough to have their own shiny yacht. Next on the line-up is the St Barts Film Festival in April. It celebrates the best of Caribbean film with screenings on the beach, filmmakers meetings, and plenty of parties. And as November comes around, so does everyone’s favourite event: the St Barts Gourmet Food Festival. During this delicious occasion, gourmet chefs from around the world will collaborate with the island’s best restaurants to create one-of-a-kind menus. 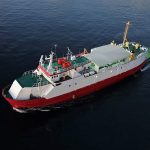