The man doesn’t really need an introduction, though it’s worth to point out a couple key facts. He is the longest serving TV host on American television, has been listed several times by TIME among 100 most influential people, has hosted the Emmys and MTV Movie Awards and has over 6,700,000 followers on YouTube. Conan O’Brien is a globally recognized celebrity so whatever he does and wherever he goes, his whereabouts get lots of attention and coverage. More than this though, Conan has an ease of making a connection with people and turn almost any situation into an entertaining and funny sketch. He is a true comedic genius that gets you laughing quickly, no matter what the show is about and who he interacts with.

One of such, offshoot shows, produced by Conan and his team (TeamCoco) in the last several years  is a series called Conan Without Borders. In the show, Conan travellers to different parts of the world to explore local culture and sights as well as meet with the locals and get them to participate in his hilarious exploits. So far, six 45 minute episodes of the show have been released on Netflix in January 2019 and they include visits to two locations in the Caribbean, Cuba and Haiti. “So what”, you may say, “I don’t have Netflix”. Well, what’s great is that TeamCoco has released lengthy parts of pretty much every episode to YouTube so you can get a good taste for the show, its format as well as, of course, learn something two places especially close to our hearts – Cuba and Haiti. First, check out the introductory clip of the Cuba episode that, if you don’t know much about Cuban history, will give you a solid one minute background:

If you do want to learn even more about Caribbean history from Conan, have a look at this clip from his visit to Haiti, in which he goes over the complicated past of this country as we as meets a group of Haitians to discuss international relations between the United States and Haiti:

What you have hopefully gathered from both clips is that despite the harsh difficulties of both countries, their people are friendly, full of pride and hopeful. Conan does a good job of showing the positive side of the two places and brings out fun and comedy even in the most uncommon places. Whether you are a Conan fun or not, the Cuba and Haiti clips from his show available on YouTube as well as the whole episodes available on Netflix are a great way to learn a little about both countries ahead of your visit them. To get going, check out more of the free YouTube clips on TeamCoco channel here. 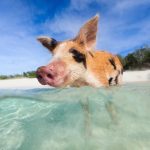 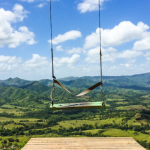